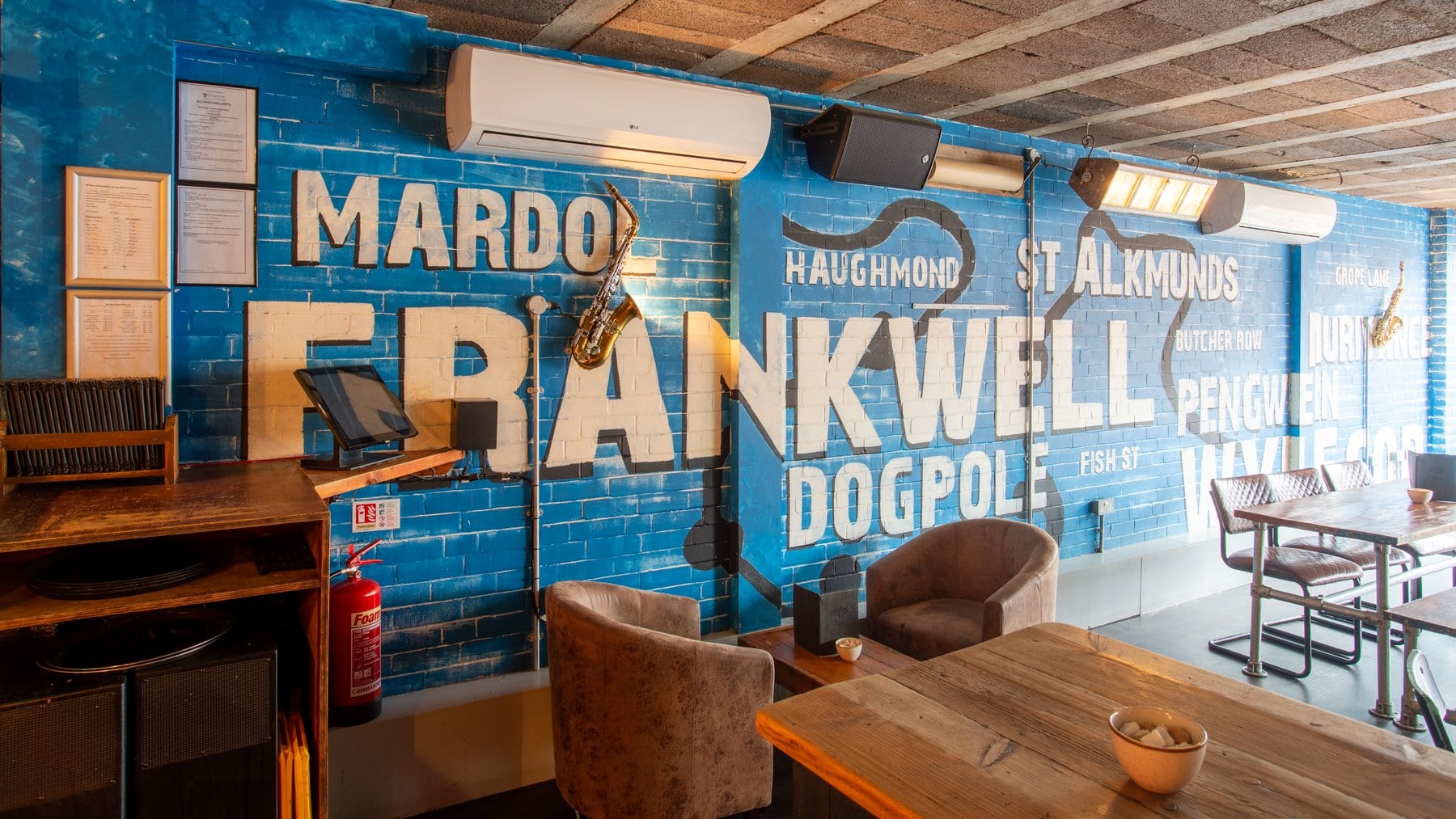 The Funky Frankwell Website went live today. It is a crowdfunded, VR powered site; one of a kind and it has attracted a lot of interest.

We'd never used crowdfunding to underwrite a project before, but for this one we made an exception. Why?

Because we wanted to maintain editorial independence, we wanted literal buy in from what is in effect a very large number of stakeholders. To date we have over 30 contributors including small donations from members of the public. The idea originated in a chance conversation at an ill attended meeting in a pub after Christmas, we wanted to be sure that it would work before we invested resources in the project!

The crowdfunder worked as well as it did largely due to good word of mouth and some inspirational advocacy from Rosie Piesse, owner of Rosie's Emporium. It's a local project for local people and it really needed local advocacy.

We ended up beating our target by several hundred pounds. Which was just as well as we had to invest in extra security on the website due to some very unwelcome attention from a UK based hacker. No idea who it was or why.

We knew that the website needed a good reason to attract and retain an audience. It needed a handle to promote it. We'd been playing with VR techniques, 360° Video and Photography for a year or so and felt that with the decreasing price of headsets, the market was ready or would very soon be ready to embrace the concept. When we got 4,000 views of a sample virtual tour in a little over two hours we knew we were onto something.

As an aside, VR has been around for a good many years, more than a decade but suffered from two problems. Firstly it was not photorealistic, secondly the headsets made people feel ridiculous. Modern technology allows us to put the user in the centre of a photorealistic world. If anything it is hyper real. Gaming is a big industry now and gamers are perfectly at home in headsets. We're now seeing cheap but effective Mobile Phone powered VR headsets like the Homido and at the high end, Oculus Go and HTC Vive delivering experiences that are frankly mind blowing. So the time is right to consider VR as a viable marketing tool.

Because Frankwell! Seriously, we've lived in Frankwell for two years now and were struck by the number of genuinely creative small businesses in such a tiny area. We know first hand how hard it is to survive as a self starting business and felt that our experience in broadcast, commercial photography and marketing could add some value to a district that in almost every sense had been woefully neglected in favour of central Shrewsbury. The fact is Frankwell has three of the best restaurants in Shrewsbury, a host of independent cafes, bars and pubs and some very exciting and creative businesses. Under the covers its a hotbed of creativity and a proper community. Its Funky!

We ran a campaign of short videos all the way through the crowdfunding stage. A simple repetitive slogan featuring the phrase "Funky Frankwell" being used by members of the public in and around the district. We love using micro video for social media for two reasons. Firstly it's engaging, stands out in a sera of posts. Secondly it's ideally suited to social media because in its short form its both memorable and forgettable - its transient yet can deliver a memorable message. Done well, it's very effective indeed.

During the build phase we dropped content onto our social media feeds and also onto the Funky Frankwell feeds - this was also effective, from a small base we grew membership of the Funky Frankwell Facebook page to over 600 in a matter of weeks. We also reached out to other groups and pages on Facebook where our audience gathered. We now find ourselves in the situation of Funky Frankwell being more visited than our own profile!

We have two projects in the pipeline; a web site and a video and we're laying plans for the next iteration of Funky Frankwell. Expect to see 360° Video soon. We're covering the Shrewsbury Flower Show that takes place on our doorstep in two weeks time. We're taking on more sponsors; if you'd like to be featured get in touch with Chris Wright. We want to cover more events in the area and show Frankwell to the world. It's a wonderful place, Funky as f***!